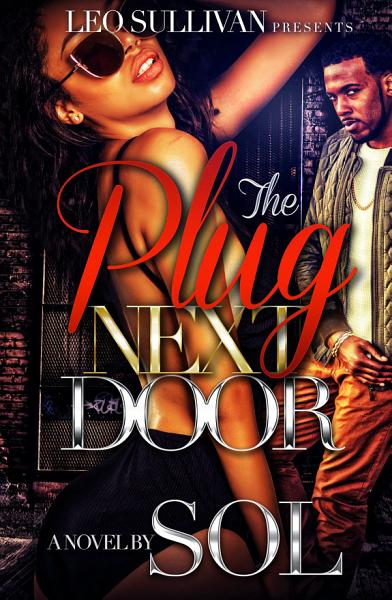 Can you imagine what it would be like to live next door to The Plug? God, his name says it all. He's rich, handsome, powerful and has a heart of gold. But don't let his kindness fool you. He's the street king of New York and rules The Empire State with no holds barred. His reign, both lengthy and fierce, is one to reckon with and everyone knows it. With the type of power and respect he has, there's nothing or no one challenging enough to knock him off his game nor his throne. That is until he meets the likes of the gorgeous Dr. Vaughn. Both witty, and domineering, she whisked her way into his life unexpectedly and proved to be his biggest challenge yet. He wants her and will stop at nothing to get her, but there's one problem. He has a family, and his Queen isn’t ready to relinquish her crown just yet. Reese, aka Dr. Vaughn, both beautiful and brainy, has a booming medical career that affords her a luxurious lifestyle. The Doc has just about everything going for herself except for one thing. She doesn't have a man to call her own...not that she's looking. After having her heart broken on numerous occasions, she vowed to never love again. But then she crossed paths with her next door neighbor and he changes her life forever. Young has too much money for his age and is about as handsome as they come. His good looks and endless cash flow makes him the most eligible bachelor in New York. All the ladies love him, yet he can't seem to find the one. Being the go-to, under the watchful eye of his big brother, God, finding time for love has always been a difficult task. Then he meets the baddest chick walking, Alexa. She gives him a run for his money. But you know what they say...you can't run forever. Alexa has played the fool to her long term boyfriend in Texas for years. Once she finally walks away, she has $200 dollars in her bank account and no plan on how she's gonna get by. Along her journey back home to New York, she meets a man who turns her world upside down. Nas hails all the way from Texas and just like the Lone Star State, everything about him is big, especially his ego. His main goal for migrating up north is to find his long lost brothers. However, with less than a hundred grand to his name, he's determined to takeover the street of New York no matter who's toes he steps on in the process. But what if taking over means eliminating the brothers he never knew? In this gripping tale of street love, drugs, lies and murder; many will not make it out alive, some will find love in a hopeless place while others get caught in the crossfire. Dive into the life of women who deserve more, and find out what it’s like to date the plug next door.

The Plug Next Door

Authors: Sol
Categories: Fiction
Type: BOOK - Published: 2017-03-21 - Publisher: Sullivan Group Publishing
Can you imagine what it would be like to live next door to The Plug? God, his name says it all. He's rich, handsome, powerful and has a heart of gold. But don't let his kindness fool you. He's the street king of New York and rules The Empire State

Authors: Martin Iddon, Melanie L. Marshall
Categories: Music
Type: BOOK - Published: 2020-11-17 - Publisher: Indiana University Press
A collection of writings examining the multitalented star’s significance to music, culture, and society. Who runs the world? The Beyhive knows. From the Destiny’s Child 2001 hit single “Survivor”to her 2019 jam “7/11,” Beyoncé Knowles-Carter has confronted dominant issues around the world. Because her image is linked with debates on

Authors: Panos A. Panay, R. Michael Hendrix
Categories: Business & Economics
Type: BOOK - Published: 2021-04-06 - Publisher: Hachette UK
Discover what the musical mind has to teach us about innovation in this fascinating book, featuring interviews with Justin Timberlake, Pharrell Williams, T Bone Burnett, Gloria Estefan, Imogen Heap, and many more. Musicians may just hold the keys to innovation in business. They don’t think like we do, and in

Authors: Janae
Categories: Self-Help
Type: BOOK - Published: 2019-03-06 - Publisher: Lulu.com
This story isn't meant to explain anything, it's meant to inspire. It is here to be a tool towards healing. This is for those, living in doubt, wondering why they feel out of control. I hope I am able to shed some light on how to escape some of these

Authors: Ilze Hugo
Categories: Fiction
Type: BOOK - Published: 2021-06-22 - Publisher: Simon and Schuster
"In the aftermath of a deadly outbreak bearing similarities to the Tanganyika Laughter Epidemic, a city at the tip of Africa is losing its mind-complete with hallucinations, paranoia, and good old-fashioned ghost sightings. Is it the result of secret government experiments, an episode of mass hysteria, the effects of trauma,

Hold Up the Sky

Authors: Patricia Sprinkle
Categories: Fiction
Type: BOOK - Published: 2010-03-02 - Publisher: Penguin
From a veteran writer new to the Accent list, a novel about four women who find strength and insight in each other. Mamie is facing an overwhelming secret. Margaret has lost her home. Billie can no longer care alone for her disabled daughter. And Maria is living with an untenable

Terror In Black and White

Authors: Angelo Crapanzano
Categories: Fiction
Type: BOOK - Published: 2011-06-24 - Publisher: Strategic Book Publishing
A man aids a woman who witnessed a crime. They are running from a ruthless group of private police who want to cover up that crime.