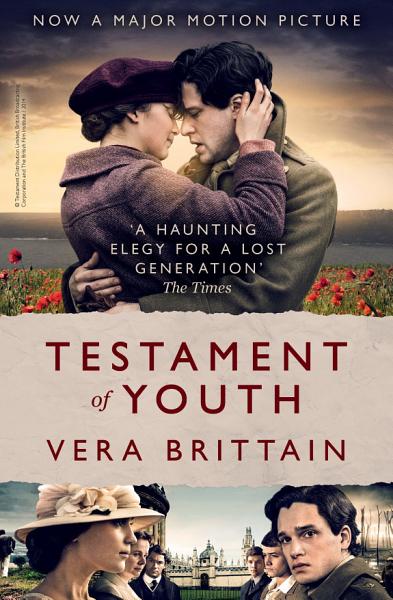 'A haunting elegy for a lost generation' THE TIMES This classic memoir of the First World War - including an afterword by Kate Mosse OBE. 'Sublimely moving... this is a truly great book' DAILY MAIL 'A heartbreaking account of the impact of the First World War' SUNDAY TIMES 'Vera Brittain's heart-rending account of the way her generation's lives changed is still as shocking and moving as ever' SUNDAY TELEGRAPH STELLA MAGAZINE In 1914 Vera Brittain was 20, and as war was declared she was preparing to study at Oxford. Four years later her life - and the life of her whole generation - had changed in a way that would have been unimaginable in the tranquil pre-war era. TESTAMENT OF YOUTH, one of the most famous autobiographies of the First World War, is Brittain's account of how she survived those agonising years; how she lost the man she loved; how she nursed the wounded and how she emerged into an altered world. A passionate record of a lost generation, it made Vera Brittain one of the best-loved writers of her time, and has lost none of its power to shock, move and enthral readers since its first publication in 1933.

Authors: Mark Bostridge
Categories: Biography & Autobiography
Type: BOOK - Published: 2014-12-04 - Publisher: Bloomsbury Publishing
Vera Brittain and the First World War tells the remarkable story of the author behind Testament of Youth whilst charting the book's ascent to become one of the most loved memoirs of the First World War period. Such interest is set to expand even more in this centenary year of

Testament of Youth, by Vera Brittain

Testament of Youth: an Autobiographical Study of the Years 1900-25