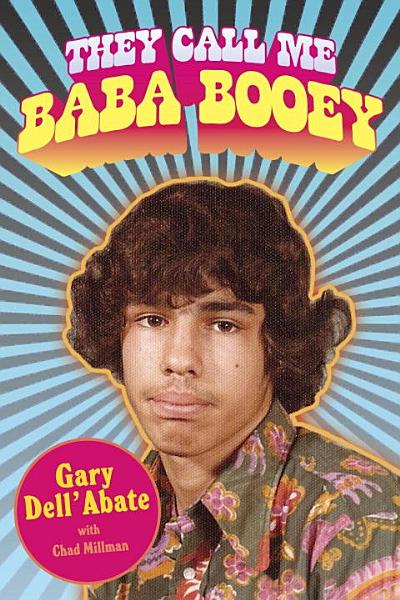 NEW YORK TIMES BESTSELLER Includes all-new ma-ma-material! ALL NEW CHAPTER: Baba Booey’s Afghanistan Journal! and . . . the Shvoogie Buzzer story! One of pop culture’s great enduring unsung heroes: Gary Dell’Abate, Howard Stern Show producer, miracle worker, professional good sport, and servant to the King of All Media, tells the story of his early years and reveals how his chaotic childhood and early obsessions prepared him for life at the center of the greatest show on earth. Baba Booey! Baba Booey! It was a slip of the tongue—that unfortunately was heard by a few million listeners—but in that split second a nickname, a persona, a rallying cry, and a phenomenon was born. Some would say it was the moment Gary Dell’Abate, the long-suffering heroic producer of The Howard Stern Show, for better or worse, finally came into his own. In They Call Me Baba Booey, Dell’Abate explains how his early life was the perfect training ground for the day-to-day chaos that comes with producing the most popular radio show on earth. Growing up on Long Island in the 1970s, the youngest of three boys born to a clinically depressed mother, Gary learned how to fend for himself when under attack. Obsessed with music, he listened with religious intensity to Casey Kasem's Top 40 every Sunday morning, compulsively bought 45s of his favorite songs, and nerdily copied the lyrics into a notebook. Music became an ordering principle to his life, even as the chaos at home got out of hand. Dell’Abate’s memoir sketches the trajectory from the obsessive pop-music trivia buff to the man in the beekeeper’s mask who handily defeats his opponents playing “Stump the Booey.” We learn about the memorable moments in his life that taught him to endure epic bouts of humiliation and get his unique perspective on some of his favorite Stern show episodes—such as the day he nearly killed the Mets mascot while throwing out the first pitch, or the time his mother called Howard’s mother and demanded an apology. Hilarious, painful, and eye-opening, it’s Gary as you’ve never seen him before, telling a story that even Stern show insiders can’t begin to imagine.

They Call Me Baba Booey

Hangover Wisdom, 100 Thoughts on They Call Me Baba Booey , from the Morning After

Authors: Daniel Ading
Categories: Biography & Autobiography
Type: BOOK - Published: 2013-02 - Publisher: Lennex
In this book, we have hand-picked the most sophisticated, unanticipated, absorbing (if not at times crackpot!), original and musing book reviews of "They Call Me Baba Booey." Don't say we didn't warn you: these reviews are known to shock with their unconventionality or intimacy. Some may be startled by their

Authors: Lino Rulli
Categories: Biography & Autobiography
Type: BOOK - Published: 2011 - Publisher: St Anthony Messenger Press
In this fast and funny collection of stories from his own life, Lino Rulli (aka The Catholic Guy) shares the joys and the struggles of trying to follow God in everyday circumstances. Honest, outrageous, funnyand, above all, real. Lino demonstrates that, even though we are all sinners, Gods mercy and

Italian Americans: The History and Culture of a People

Authors: G. Thomas Couser
Categories: Biography & Autobiography
Type: BOOK - Published: 2012-01-19 - Publisher: OUP USA
A compact, pithy guide to the most popular form of life-writing, Memoir: An Introduction provides a primer to the ubiquitous literary form and its many subgenres.

I Want My MTV

Authors: Rob Tannenbaum, Craig Marks
Categories: Social Science
Type: BOOK - Published: 2011-10-27 - Publisher: Penguin
Remember When All You Wanted Was Your MTV? The perfect gift for the music fan or child of the eighties in your life. Named One of the Best Books of 2011 by NPR – Spin - USA Today – CNBC - Pitchfork - The Onion - The Atlantic - The