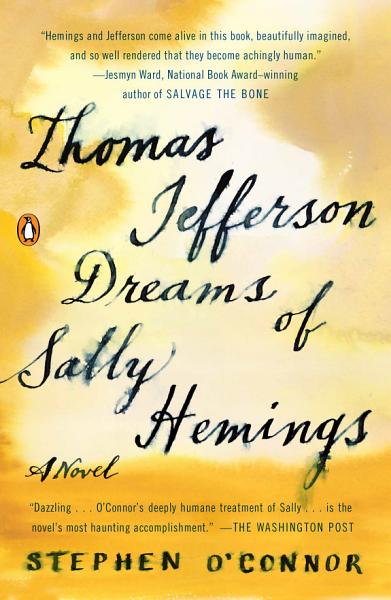 “Dazzling. . . The most revolutionary reimagining of Jefferson’s life ever.” –Ron Charles, Washington Post Winner of the Crook’s Corner Book Prize Longlisted for the 2016 Center for Fiction First Novel Prize A debut novel about Thomas Jefferson and Sally Hemings, in whose story the conflict between the American ideal of equality and the realities of slavery and racism played out in the most tragic of terms. Novels such as Toni Morrison’s Beloved, The Known World by Edward P. Jones, James McBride’s The Good Lord Bird and Cloudsplitter by Russell Banks are a part of a long tradition of American fiction that plumbs the moral and human costs of history in ways that nonfiction simply can't. Now Stephen O’Connor joins this company with a profoundly original exploration of the many ways that the institution of slavery warped the human soul, as seen through the story of Thomas Jefferson and Sally Hemings. O’Connor’s protagonists are rendered via scrupulously researched scenes of their lives in Paris and at Monticello that alternate with a harrowing memoir written by Hemings after Jefferson’s death, as well as with dreamlike sequences in which Jefferson watches a movie about his life, Hemings fabricates an "invention" that becomes the whole world, and they run into each other "after an unimaginable length of time" on the New York City subway. O'Connor is unsparing in his rendition of the hypocrisy of the Founding Father and slaveholder who wrote "all men are created equal,” while enabling Hemings to tell her story in a way history has not allowed her to. His important and beautifully written novel is a deep moral reckoning, a story about the search for justice, freedom and an ideal world—and about the survival of hope even in the midst of catastrophe.