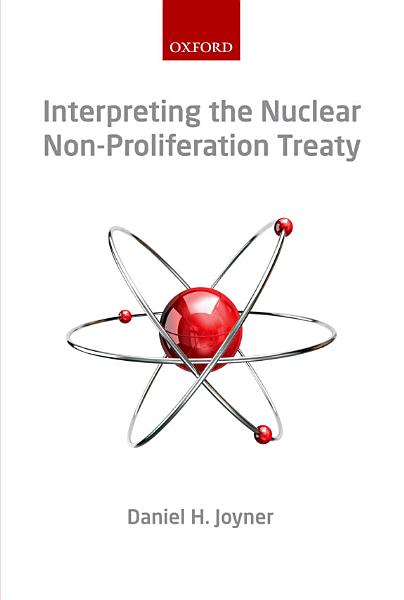 The 1968 Nuclear Non-proliferation Treaty has proven the most complicated and controversial of all arms control treaties, both in principle and in practice. Statements of nuclear-weapon States from the Cold War to the present, led by the United States, show a disproportionate prioritization of the non-proliferation pillar of the Treaty, and an unwarranted underprioritization of the civilian energy development and disarmament pillars of the treaty. This book argues that the way in which nuclear-weapon States have interpreted the Treaty has laid the legal foundation for a number of policies related to trade in civilian nuclear energy technologies and nuclear weapons disarmament. These policies circumscribe the rights of non-nuclear-weapon States under Article IV of the Treaty by imposing conditions on the supply of civilian nuclear technologies. They also provide for the renewal and maintaintenance, and in some cases further development of the nuclear weapons arsenals of nuclear-weapon States. The book provides a legal analysis of this trend in treaty interpretation by nuclear-weapon States and the policies for which it has provided legal justification. It argues, through a close and systematic examination of the Treaty by reference to the rules of treaty interpretation found in the 1969 Vienna Convention on the Law of Treaties, that this disproportionate prioritization of the non-proliferation pillar of the Treaty leads to erroneous legal interpretations in light of the original balance of principles underlying the Treaty, prejudicing the legitimate legal interests of non-nuclear-weapon States.