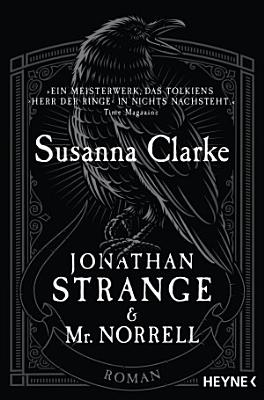 Authors: Susanna Clarke
Categories: Fiction
Type: BOOK - Published: 2009-02-24 - Publisher: Bloomsbury Publishing
OVER 4 MILLION COPIES SOLD WORLDWIDE Shortlisted for the Whitbread First Novel Award and the Guardian First Book Award Longlisted for the Man Booker Prize 'Unquestionably the finest English novel of the fantastic written in the last seventy years ... Funny, moving, scary, otherworldly, practical and magical' NEIL GAIMAN The year is 1806. centuries have passed since practical magicians faded into the nation's past. But scholars of this glorious history discover that one remains: the reclusive Mr Norrell, whose displays of magic send a thrill through the country. Proceeding to London, he raises a beautiful woman from the dead and summons an army of ghostly ships to terrify the French. Yet the cautious, fussy Norrell is challenged by the emergence of another magician: the brilliant novice Jonathan Strange. Young, handsome and daring, Strange is the very antithesis of Norrell. So begins a dangerous battle between these two great men which overwhelms that between England and France. And their own obsessions and secret dabblings with the dark arts are going to cause more trouble than they can imagine.

Authors: Marco Maggi, Francesco Nepitello
Categories: Fiction
Type: BOOK - Published: 2019-06-18 - Publisher: Osprey Publishing
Set during the events of the cult-classic book, Jonathan Strange & Mr Norrell sees players delve into the world of English magic, developing their talents and expanding their social reach as they aim to become the most celebrated magician of the age.Take on the role of an aspiring magician, including the titular characters Jonathan Strange and Mr Norrell themselves, and start down the path to greatness. Build up your power and status by traveling across Europe and London, performing feats of magic, and attending social engagements. The most celebrated magician will face the gentleman with the thistle-down hair, but only the strongest will defeat him.Number of Players: 2 - 4Ages: 14+Playing Time: 60 - 80 minutesComponents: Map of Europe, 4 Magician boards, 4 Player markers, Fairy marker, 12 Cards of Marseilles, social engagements, character cards, feats of magic, and moreFormat: Book-style